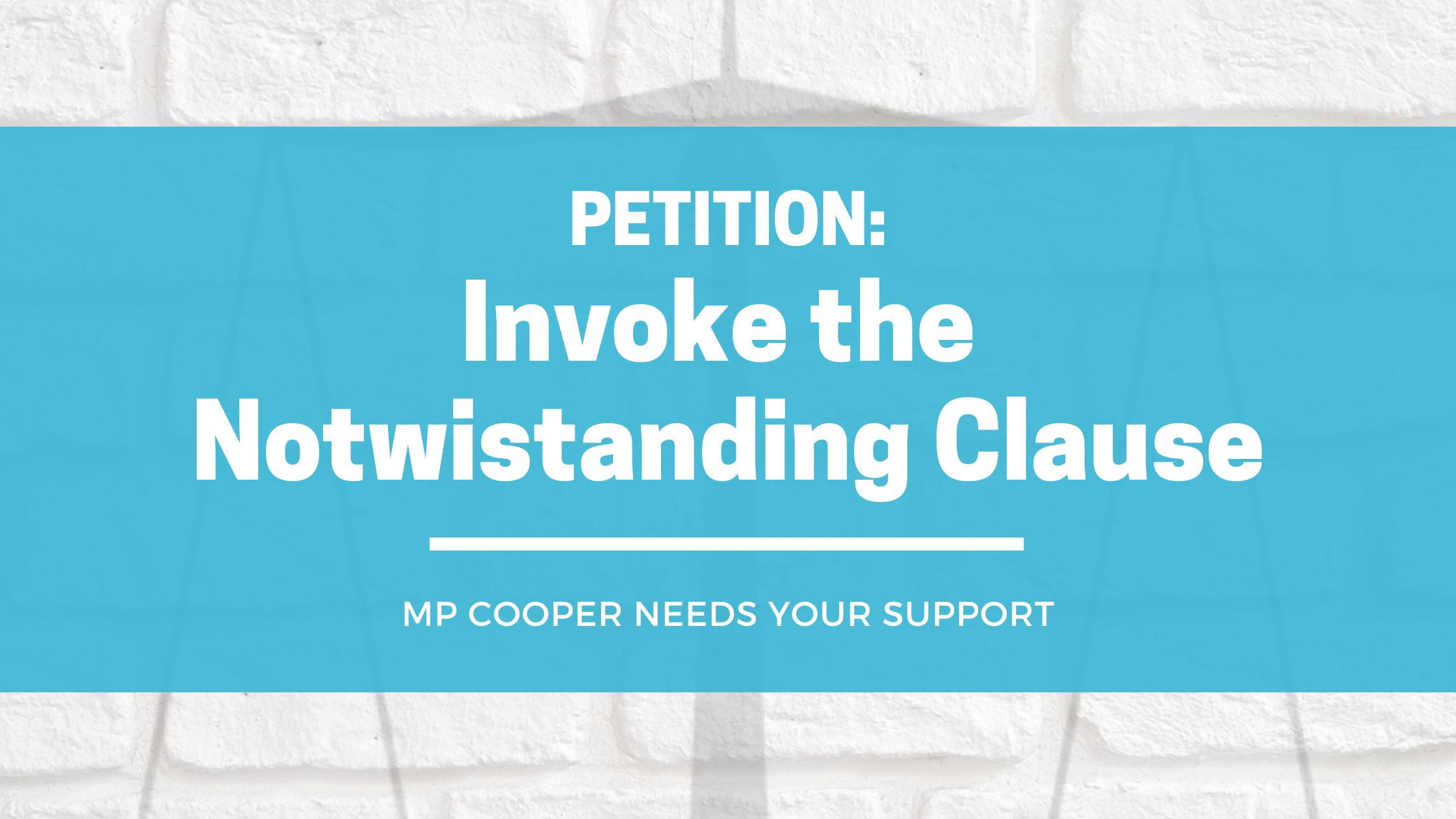 In May 2022, the Supreme Court of Canada’s Bissonnette decision struck down a law that allowed judges to impose consecutive parole ineligibility periods for mass murderers.

The decision means that some of Canada’s most heinous mass murderers like a terrorist killer, who gunned down six worshipers at a Quebec Mosque in 2017, a mass murderer, who shot four of his colleagues in the back of the head from point blank range in 2012, and another mass murderer, who murdered three RCMP officers in 2014, will be eligible for parole after only 25 years.

The decision guarantees sentences that do not fit the severity of crimes committed by mass murderers. Judges will no longer be able to count each murder victim in fashioning a sentence. And the families of victims will be traumatized with recurring parole hearings.

The Liberal government has tools at its disposal to respond to this unjust decision, including invoking the Notwithstanding Clause to override it.

Despite this, the Liberals have shown no concern for victims and their families and have provided no leadership. They have refused to use any of the tools available. All Liberal Justice Minister David Lametti could say is that he “will respect the ruling.” This is nothing short of a slap-in-the-face to families of victims of the worst of the worst and is wrong.

We are calling on David Lametti, Minister of Justice and Attorney General of Canada, to finally do the right thing, stand up for victims, and see that justice is done, by invoking the Notwithstanding Clause to override the Bissonnette decision.