St. Albert, February 13, 2020 – MP Michael Cooper (St. Albert-Edmonton) has written to Alberta Minister of Environment and Parks, Hon. Jason Nixon, to encourage remedial action arising from an ongoing nuisance believed to be caused by a composting site operated by Clean it Green it Composting System Inc. (“Clean it Green it”), affecting the quality of life of constituents residing in the northwest Edmonton neighborhoods of Hawks Ridge, Starling and Trumpeter.  Constituents have complained to Cooper about an odour from the composting site.  Many have indicated that it is a daily occurrence.

“After receiving multiple complaints from constituents, and randomly knocking on doors in the affected area, it is clear that the impact of the odour is widespread, ongoing, and negatively affecting the quality of life of area residents,” said Cooper.  “I spoke to many residents who are unable to open their windows, go outside for walks, and feel sick, as a result of the smell.”

“Clean it Green it has a history of failing to mitigate odours from the site, and once again appears to be in contravention of environmental regulations that require composters to minimize odours.  That’s why I have written to Minister Nixon to encourage his Department to consider all available measures to ensure that Clean it Green it complies with all environmental laws and regulations, and mitigates the stench.  Residents deserve a quality of life free from this serious and ongoing nuisance.”

Below is the copy of MP Cooper’s letter to the Minister. 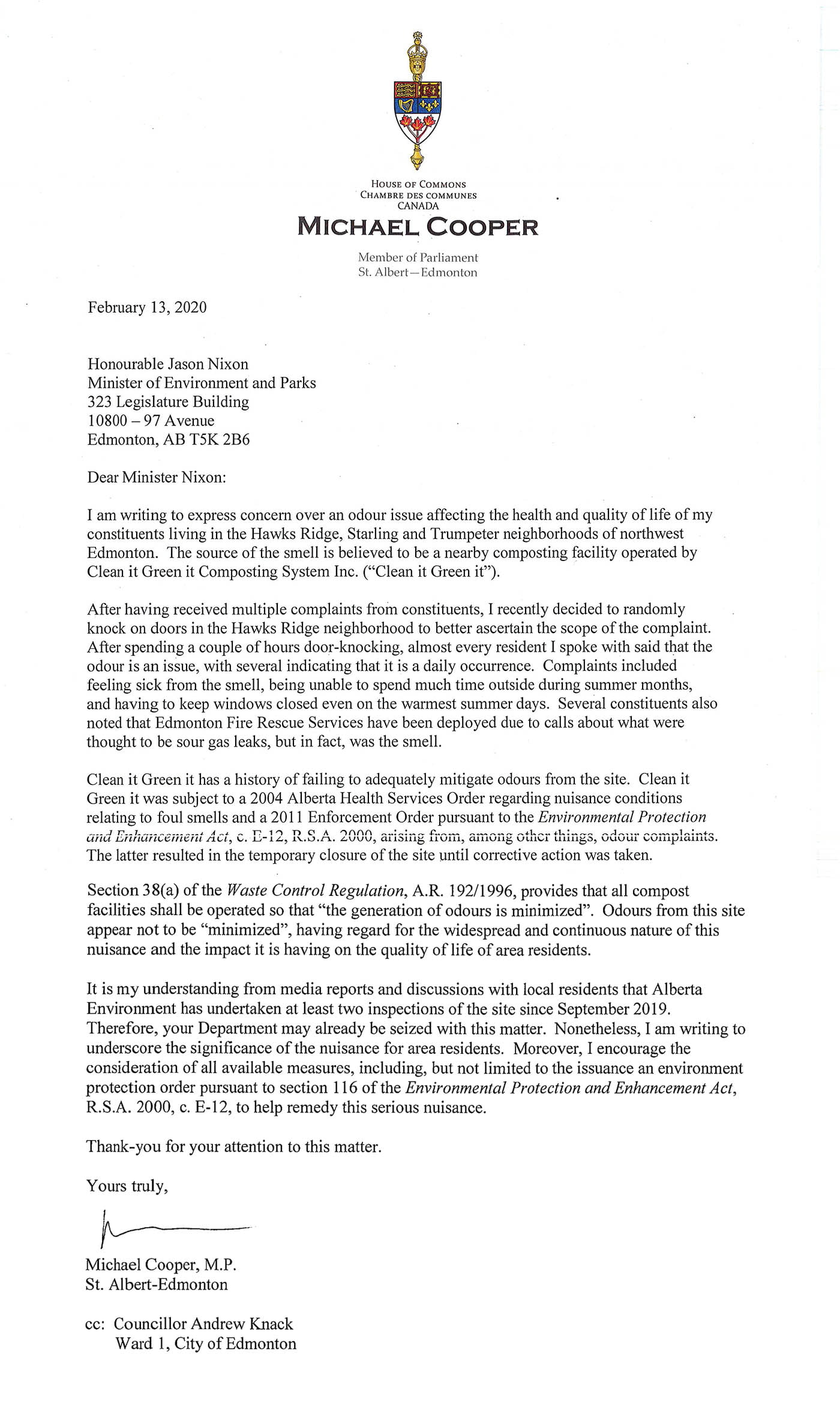